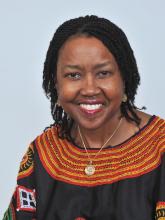 Gloria Batiste-Roberts serves as the Director of the Thomas F. Freeman Center for Forensic Excellence at Texas Southern University and adjunct professor of Social Work. She also serves as a Permanency Convener for Children’s Protective Services.

She received her undergraduate degree in Social Work from Texas Southern University (TSU), her MSW degree from Howard University and a Doctorate in Public Health from the University of Texas, School of Public Health.

For 29½ years she worked full time at the Texas Department of Family and Protective Services as a Child Protective Services Supervisor. She retired on August 31, 2003. While working at CPS, she also worked for 21 years, part-time, at Ben Taub Hospital as a social worker in the emergency room. For eight years, she did private therapy at a facility for delinquents and for other youth on adjudicated probation.

For 38 years, Dr. Batiste-Roberts served as assistant Debate Coach of the TSU Debate Team, along with the renowned Dr. Thomas F. Freeman, Head Coach Emeritus. She was among his most outstanding students.

Dr. Batiste-Roberts has served as Head Coach of the TSU Debate since 2011. In this position, she also serves as coordinator of the Annual Barbara Jordan Memorial Lecture.

Dr. Batiste-Roberts is a former president of the National Association of Black Social Workers (NABSW). She received the Educator of the year award in 2014 at NABSW’s 46th National Conference April 17th in Indianapolis, IN for her decades of professional service to NABSW, her students and her clients. Immediate past NABSW National President, Joe Benton said the Executive Committee of the organization enthusiastically selected Dr. Batiste-Roberts because of her commitment to advancing student development through mentorship, scholarship and tireless service. He called her “a model of the best in social work education,” and added that she is a most worthy social work scholar and community leader.

Dr. Batiste-Roberts does workshops and is invited to speak all over the country and abroad. She feels that parents, caregivers, teachers and other professionals, should teach discipline by example, consistency, encouragement and reward; that adults should look at the positive things youth are doing and give them positive recognition at home and at school. Her vision for all youth is that they will be empowered to face this nation and the world with confidence and determination. 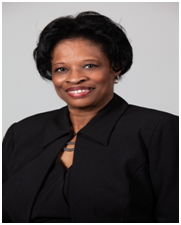 Dr. Rowena Grice Wilson, a native of Washington, D.C., holds a Bachelor of Arts Degree in Sociology from West Virginia State University and master’s and doctoral degrees in Social Work from Howard University School of Social Work.  Currently, Dr. Wilson serves as Special Assistant to the Provost and Chair of the Institutional Review Board at Norfolk State University. Dr. Wilson joined the faculty of NSU in 1986, and served in a variety of roles including Professor, Director of the PhD Program, and Associate Dean in the School of Social Work; Director and Dean of the Graduate School (2004 to 2009); and Dean of the Ethelyn R. Strong School of Social Work (2012 to 2019).  Since joining the NSU faculty, Dr. Wilson has received recognition for her outstanding scholarship, grantsmanship and leadership. She was honored by the University as an “Eminent Scholar”; received an Outstanding Community Service Award from the General Assembly of Virginia; and was recognized by the State Council of Higher Education in Virginia (SCHEV) for her contributions as an outstanding Virginia faculty member.  Dr. Wilson has specialized training and social work practice experience in public health, services to children and adolescents, and developmental disabilities.

Dr. Wilson has conducted research in the areas of adolescent pregnancy, special needs adoption and welfare reform.  Dr. Wilson has participated in public health initiatives in Virginia through partnerships such as the statewide Public Health Training Center, a collaboration of Virginia educational institutions.  She has also actively participated in regional and national addiction initiatives through SAMSHA, CSWE, and NASW.